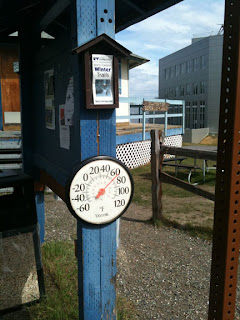 It's been warm in Fairbanks. Its very dry and the pollen is pretty thick. I went up to the ski trails at UAF to join in an ABO bird walk but only three of us showed up and none of us were the guides! Another couple and I walked around for a little while until we decided to part ways. I walked down to Smith Lake and then back through some of the trails that I like. I saw several songbirds and some ducks.

You forget how expansive Fairbanks is and how far away the mountains are. There's a lot out there between town and the Alaska Range. 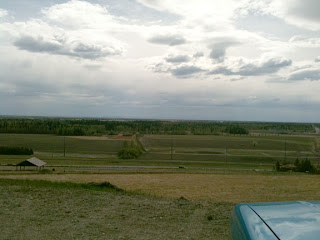 I went with my sister to the nursery to pick up some of the vegetables and flowers she needed for the garden and yard. How fun! I thought this was a silk flower but its real! 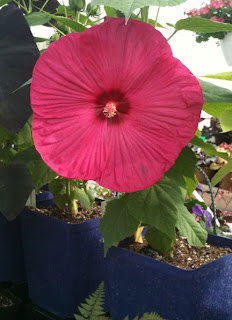 Its nice to see kids playing in the old neighborhood again. I spend many years playing in this yard with the neighbor kids and as the homeowners grew older so did the kids. Its been enough time not that there's a new generation of kids who are whopping it up! 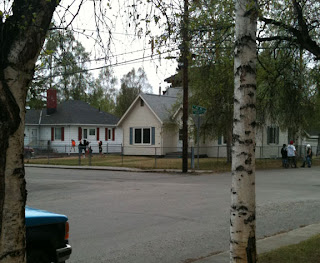 And I just have to say - the camera on the iphone isn't very good but it sure is handy!
Posted by Heidi Olson at 10:57 PM