There was a tiny little blurb in the "Around Town" section of the Sunday Juneau Empire and I don't think Tim believed me until we arrived at the new high school's parking lot and saw others gathering, but it truly was the Statehood Fireworks Display! As often happens, the show started out pretty slow and with snow falling for most of the day and during the show I'm sure there were some difficulties keeping things dry. But finally after a few single bursts the real show began and it was a good one.

There's nothing like standing out in 20 degree weather to enjoy the warm, happy feeling of fireworks, well, ok, maybe standing out at minus 30 below is a little more dramatic! 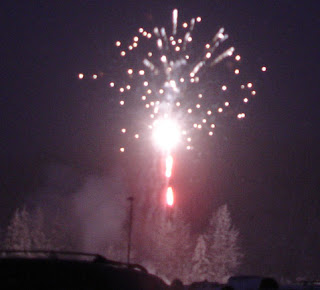 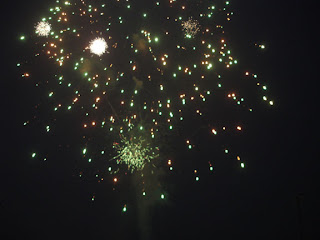 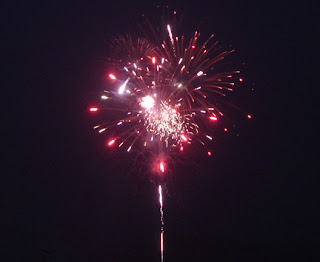 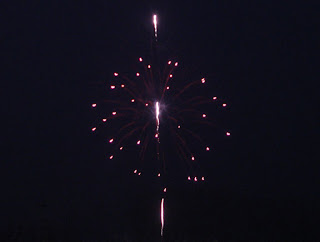 Santa put a Statehood Almanac under the tripod tree so be warned that you're going to get some facts from it through the year!

Being your older sister, I remember Dad taking us downtown to celebrate Statehood. I remember speeches (but have forgotten the words), a new flag and I think fireworks. I also remember Lori asking Dad if we could go home cause she was cold....