Beach Party and 4th of July

Hey Rune - here is someone who has your taste in haircuts! 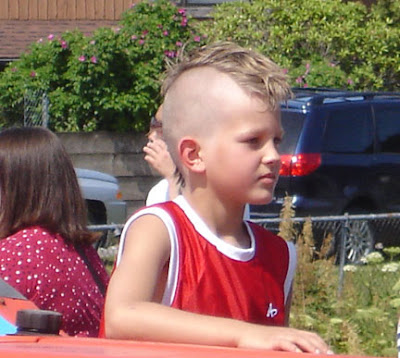 As I've said before, Juneau really celebrates the fourth of July! Its a several-day event in normal years and this year it was combined with a celebration of statehood.

In this year's parade, a float with some of the same princesses from 50 years ago drove down Egan Drive. Along with the marching band, antique cars, fire engines, Veterans for peace - you name it - they were there (ho, everyone except for the governor). And the candy that was thrown or passed out - every kid walked away with a grocery bag full! 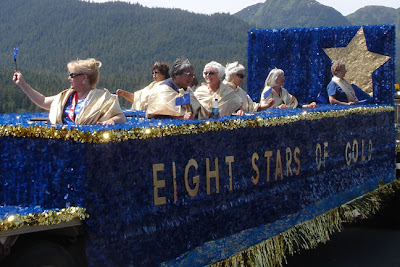 And then there was the beach party and games at Savikko park - always a hit with foot races, gunny sack races, dog frisbee throw, lots of food booths, face painting, tailgate barbeques and more.

In year's past the sand castle building competition has not amounted to much. I think with the incredible weather we've been having the inspiration (or desire to be at the beach) was increased and there were some very finely crafted piles of sand around.

This was probably my favorite: 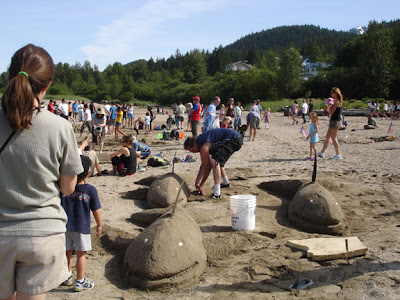 and for my nephew: 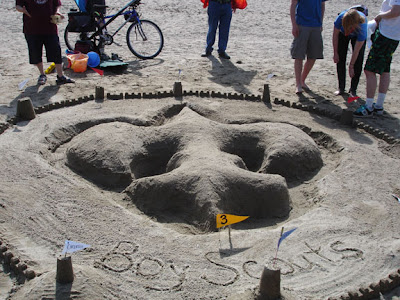 This one was fun - there were hidden toys where communities would be located, for example, Ketchikan had a little crab placed at the proper place. 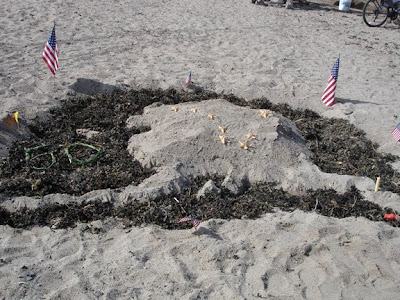 After riding our bikes downtown to watch the parade in Juneau, then coming back to Douglas for another parade, hot dogs at the firehouse, watching the races, cheering on the speed racing SoapBox Derby kids and the fireworks from the night before, we were glad to spend a quiet night at home.
Posted by Heidi Olson at 8:03 PM