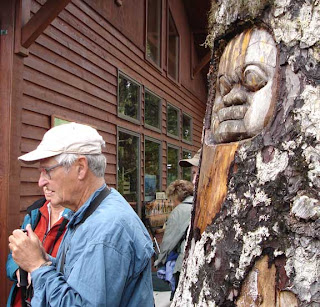 Saturday was the Audubon Society's annual Bob Armstrong walk in the alpine meadows of Mt Roberts for some bird watching and flower gazing. The previous two days had been pretty rainy - some of the more constant rain that we've had since we came in January. So we dressed in rain gear but as the day progressed and the clouds moved out we all wished we had had our shorts on underneath our rain pants!

Going up into the clouds on the Mt Roberts Tram 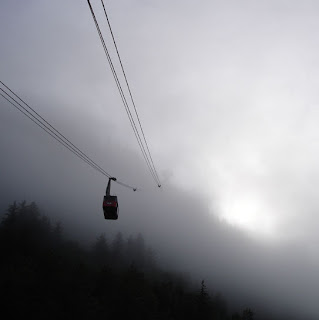 We were introduced to the very rare Frog Orchid which we now understand is very rare and hard to identify. I have to admit that I would never have even noticed it if it hadn't been pointed out to me. Now this flower pictured below caught our attention! We were hoping this was some kind of pink-purple orchid but I think this is Wooly Lousewort – after looking it up in the Wildflower book when we got home. 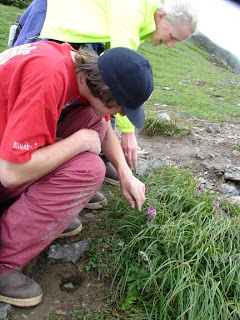 The group was about 40 strong and it became clear that we weren't really getting much from the discussion that was going on way in front of us so we decided to split off and do our own exploring. We actually went ahead of the group and hoped that we didn't scare the birds away for everyone else. 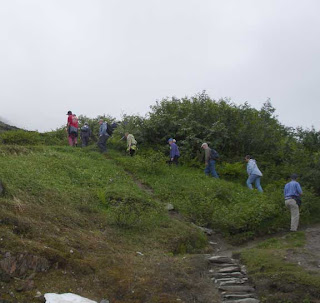 A nice view of the Douglas Harbor, downtown Douglas, and the first street waterfront. 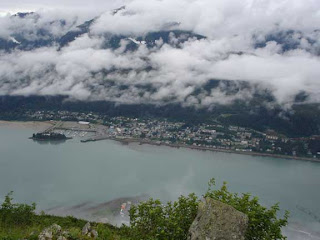 This is taken from a little higher up and looking to the southeast up the Gastineau Channel. You can also see Admiralty Island in the distance. 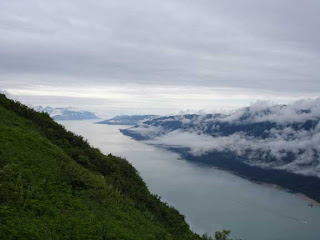 Tam at the top of Gold Ridge…next stop British Columbia! 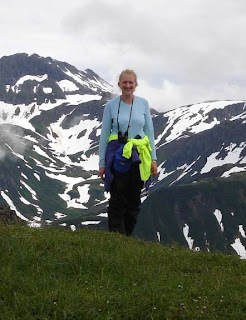 And a constant hiking companion: the Hoary Marmot: 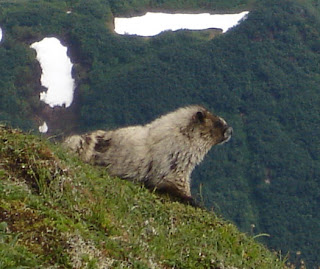