I think I've mentioned before that the ships are in and we see more every day. We haven't quite figured out the schedule yet – they seem to be arriving later in the day and not staying as long. Might just be because its the beginning of the season. 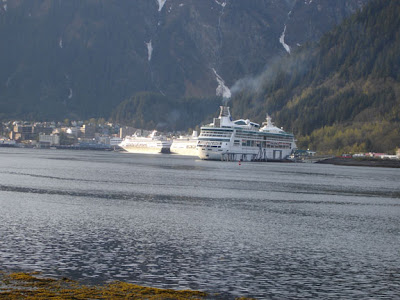 They really are quite big and seem really close to the house at high tide. At low tide they take up most of the channel. 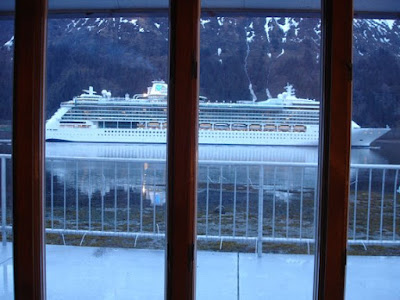 This princess boat (Golden Princess aka baboon-butt because it has a flat stern) has a new feature this year - a huge monitor on their top deck. It looked they were showing mostly promotional material and I don't know if there is any sound. But just think how fun it would be to be in the carribean at night watching a movie while the bar is open!

While I was waiting to take a shot of the screen I missed another whale breaching opportunity - I couldn't believe it! 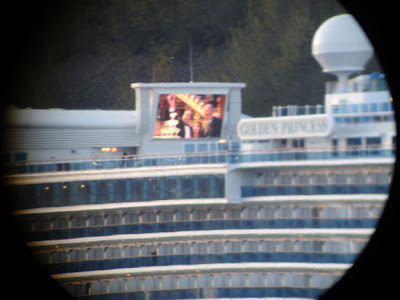 Today, the 13th... five ships in Juneau. They have arrived!