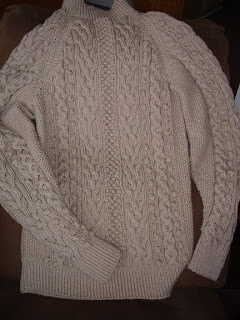 I have been working on this sweater for about a year now. I have to say I was inspired by Christen on my last visit to Fairbanks who said sometime about not being that far from finishing it. And she was right. Once I sat down I was able to finish in about 4 knitting sittings. 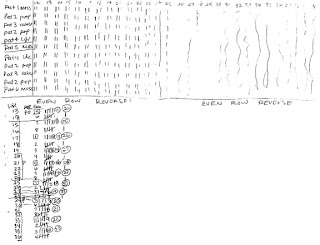 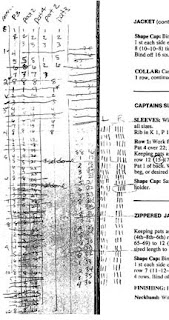 I think I was pretty successful in making the sleeves the same length and I don't think one side is bigger than the other - at least I hope it isn't too noticeable when it is worn.

There is some controversy whether or not the different patterns have meaning in the culture of fishing and living off the sea or religious significance. Since the different patterns stitches are selected and put together in an order chosen by the one making the garment then I tend to think that there is meaning although it might vary in interpretation.

This is what I found for the stitch patterns that I used:

Tree of Life - in hopes that the fisherman will have a long life regardless of the events and occur and seem to lead to different paths. And this is the stitch in which I really had to pay attention. Sometimes, I had to do some frogging* and take out stitches because I had gone taken the cable the wrong way. 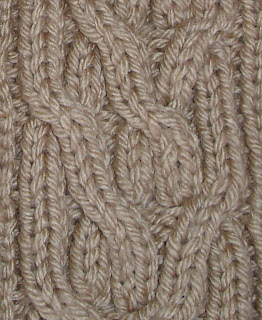 Blackberry (or Trinity) - brings in the idea of nature and the christian idea of the trinity. On first look you might not get the trinity part but each of the little berries is actually made of of three stitches that you knit together on one row and increase by three stitches in the next. So in that regard, it does make sense. 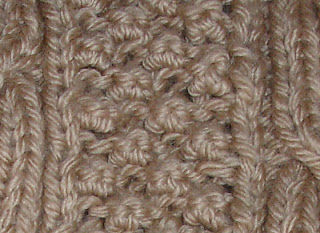 I'm not sure if this is what they would call the Trellis or ladder of success or the Fisherman's ropes for good luck - either way sounds good to me! 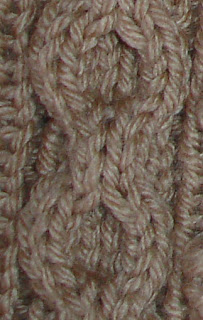 I couldn't find any definition for the popcorn or bobbles - I'm thinking that since it is placed right by the trellis or the rops that it represents the missing part of the circle - the fish that get caught in the ropes or the flowers that grow up the trellis... 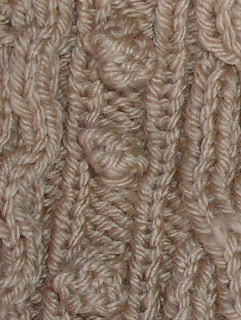 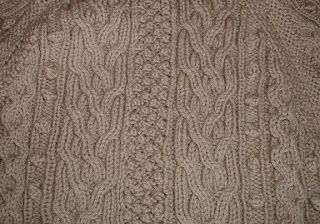 Holy chickens, that is one complex sweater! It's not just beautiful, but amazing. Congratulations on officially finishing. What's next :)

This is absolutely beautiful. We all have knitting envy!