Every Girls needs a Pair of Red Shoes

Don't you think? Did you have a pair of red shoes? Were they your favorite?

My earliest memories of red shoes were my red Keds - with the rounded white toes. It took me forever to get the hang of using the ties to get them tight on my feet so I could run around and climb up stuff. This was long before velcro, you know.

Then there was my glamour phase of dancing and beauty... and the Future Queen pageant (age 7) - I had the red outfit but I'm pretty sure I had silver slippers on my peds. 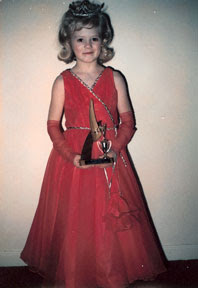 In about 7th or 8th grade in anticipation of the centennial, I talked my mom into getting me a pair of red, white, and blue Adidas. They were way cool! My feet were pretty small and I probably had to get them too big but just had to have them no matter what.

When I was in high school all of the rival schools had red as a major color so I wouldn't have been caught dead in red shoes, red shoelaces, red socks, etc. It was purple all the way!

When I went off to College I might have purchased some clothing that I would never have thought to buy under the supervision of the home front. I had a pair of bright red high heels with a cord sole that laced up. They went very well with my red strapless sundress. But they were so much higher than anything I was used to wearing I wasn't very graceful - I probably should have gone back to the silver slippers I had when I was 7.

These were created for Holly and Wayne's new baby girl - hopefully they are the first of many red shoes. 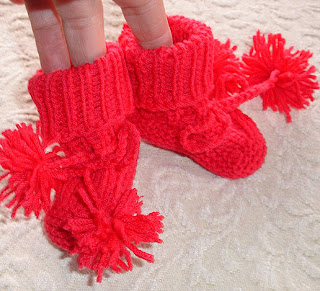 I have worn through all of my red shoes, probably because when I have a pair I tend to wear them every day! I agree: every girl should have a pair.

Oh. And while all of your kid pictures are super-cute, this one may top them all!

oh my gosh - those little red booties are adorable!! So tiny - she will love them. And you are so adorable in that red dress!! Kim