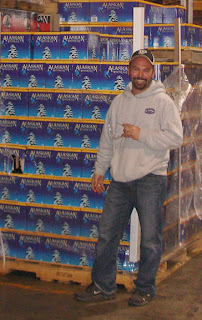 Our friend Todd was down visiting and since his restaurant in Talkeetna, Mountain High Pizza Pie, is one of the top 15 sellers of Alaskan Brew Company beer in the world, he was asked to stop by for a VIP tour. So of course we thought we better tag along in case he needed any help, ya know.

The company started out with the name of Chinook Alaskan but they got sued by Chinook Winery in California so they dropped that name and trademarked Alaskan. Long-time employee, Tony gave us a pretty good tour and plenty of opportunity to taste some samples. After a few tastings from the sample roo, one of which was delicious dark beer they are calling Dunkel which they are only selling in kegs. I'm not even sure if you can get it outside of Juneau, Tony gave us the general beer-making spiel and then we dawned our safety glasses and signed away any liability and entered the inner sanctum. I forgot to take any pictures until we were almost done with the tour but here are a few snaps.

Here's our guide Tony - sorry its so out of focus I was so excited I just snapped. 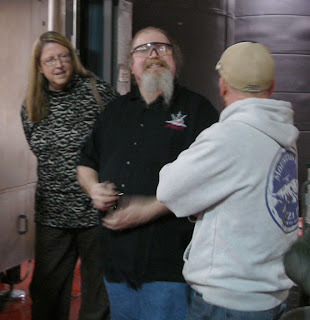 This is a long hallway filled with thousand gallon tanks filled with different beer. There were hoses, compressors, and gauges. 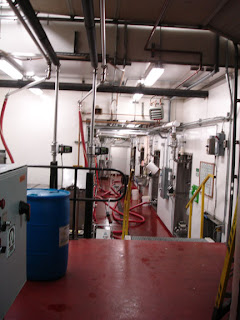 They were bottling their 2009 Smoked Porter. Its a seasonal dark beer that they have been making since the late 80s and a great dark beer. You could smell the influence of the beer in the bottling room. We got to taste one right off the line. 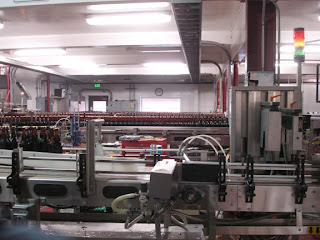 Probably the best room was the room where all the beer boxes are stacked up waiting to be shipped out! Here is Todd and Claudia in front of a stack of Amber. 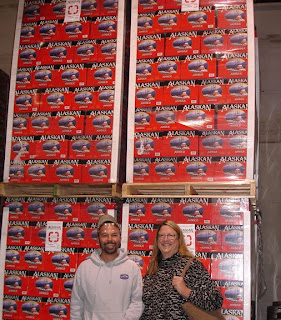 and me with the Smoked Porter. 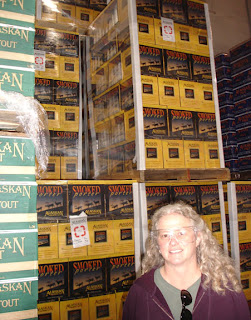 and Tim with more Amber. 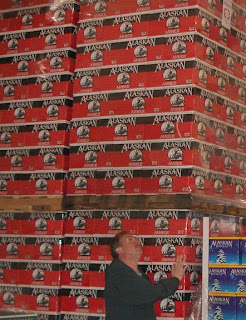