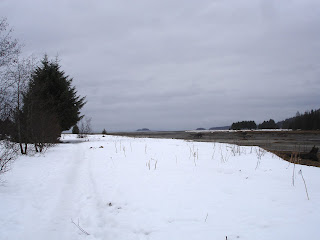 We had a quick walk into Boy Scout Beach this weekend and compared to other February months, the weather was incredible. We dressed in layers and quickly shedded them along the way. Since we had other plans for the day, we weren't to take advantage of the outgoing tide and arrived around the low tide mark. The beach was huge! The result of the winter storms has changed the beach a bit resulting in shifting high and low spots. We chose to stick closer to the beach as we normally know it and not go out to some of the new spits of sand. 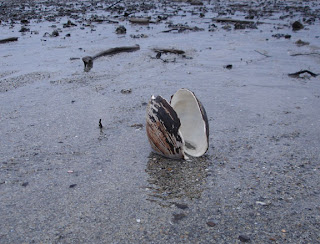 The beach was pretty quiet - a couple of sea lions, many gulls, some barrows goldeneyes, a few ravens, eagles, crows, 5 people and 7 dogs. 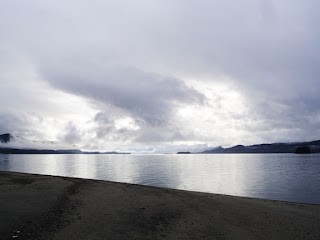 And the clouds were so pretty with a variety of shades of gray, white, and some blue peaking in. For some reason we both forgot our sunglasses and could have used them.

On our last visit to the beach, some friends had a big bon fire and put up some prayer flags. After a month on the beach they were still there but they were pretty tattered. 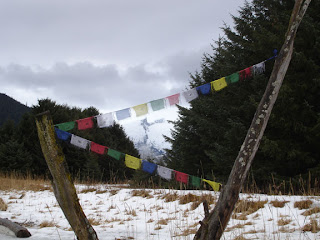