We broke the record–We are the Champions!

Its official - we now hold the record for the biggest snowfall accumulation in Juneau history. According to the Juneau Empire sometime this morning we broke the previous record of 194.3 by an incredible 194.6 inches! While driving around last night you just had the feeling that more frozen precipitation was on its way and that if we all tried out hardest we could do it!

I had a front row seat for the provoked avalanche this morning but was only able to snap one picture while it was happening. The Cannons were pretty loud and were heard all the way to Fairbanks (by Carol and Ed with whom I was audio-conferencing!) 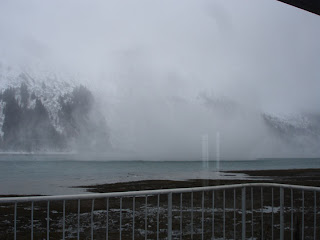 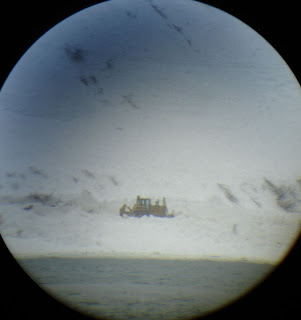 This is from the Juneau Empire 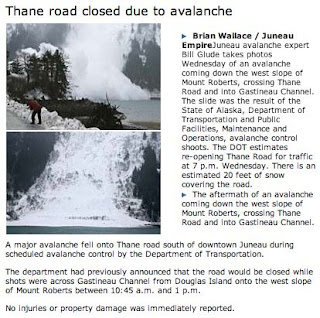 Here's where they were shooting the cannon from - the green arrow and yellow dot is about where our house it located.

Apparently they are really worried about several neighborhoods around town too and are setting up shelters for those who are in the danger zone. On a scale of 1 to 4 which is the normal avalanche scale, experts are calling this a 5 and are talking about its uniqueness as an urban avalanche http://www.avalanche.org/~seaac/
Posted by Heidi Olson at 3:07 PM