We went with the Juneau Audubon aboard an Allen Marine catamaran, the St. Aquilina, for a little cruise from Auke Bay to Berner's Bay. I'm always leery of boat cruises that advertise themselves as "A 4 hour cruise." Anyone who grew up watching Gilligan's Island or the reruns of Gilligan's Island will know what I'm talking about. 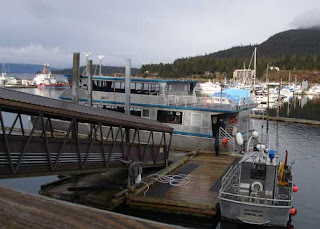 We had a nice calm day - overcast but no precipitation. Its in the high 40s so it was cool on the outside deck when the boat was running but it was very pleasant when we were running slow to look at birds or other sea mammals. We heard the cruise was sold out so we were pretty sure it was going to be crowded but it really didn't feel that way. We had nice comfy seats on the top deck and could walk outside when we wanted to.

We saw a lot of the same birds that we've been seeing from the house deck but it was really nice getting out on the water and getting a better picture of what the area is like. On the way up we cruised by several rocky islands and saw a bunch of eagles. We also went by a rookery where we saw maybe 300 Stellar's Sea Lions. I completely forgot to get any pictures – sry – there were all sizes of sea lions from very large 1000-lbers to last year's pup weighing in at 100 (?) lbs.

We made it up to Berner's Bay in a couple of hours. I think they were hoping the hooligan would be starting to run which will draw the sea birds into the bay. I've heard that all the runs are a couple weeks behind schedule and it was obviously too early. We saw a couple in their kayak - they must have camped overnight somewhere. The guy in the back of the 2-person kayak wasn't wearing any gloves – I can't image how cold his hands were.

This is us leaving Berner's Bay 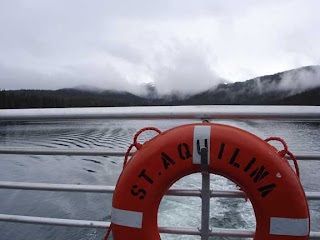 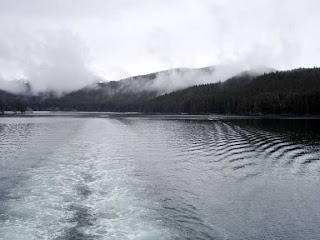 We also saw a lot of this: 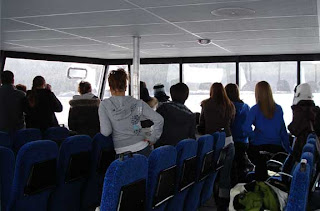 The Humpback whales are migrating back from their winter of frolicking in the warmer Maui waters and we saw a couple different groups. Most of my pictures came out like this one: 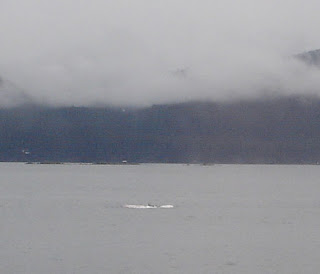 I was lucky for this final shot as the whale sounded for deeper water. 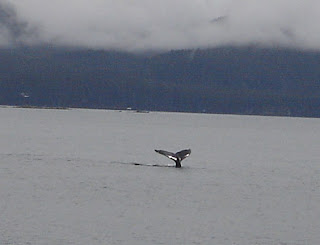