Everyone arrived in Juneau on Thursday, including me! Tim met the first arrival (Naomi), then they met me, then we met Zac, Rachelle and Bella. Naomi and Heidi went to Costco and Fred's to stock up on fresh provisions while Zac and Tim met Jayson. We then had a chance to visit and lay claim to a spot for sleeping before getting Melody and Rune and then our final airport run to get Roxi, Robyn, and Tisha, we arrived on a delayed flight. We pretty much owned the airport! Lori, Richard, and Robert arrived on the midnight ferry from Haines.

On Friday afternoon we got all dressed up in our "I'm with Ohlsen" t-shirts and hit downtown. There were about three cruise ships at the dock so we were just some of the many tourists running around. We were pretty easy to spot and we had everyone looking and waiting in anticipation for who was "Ohlsen" or what's an "Ohlsen." When you get 15 people shopping you don't always stick together so when it was time to regroup we had a lot of help from people saying, "oh - they went that-a-way!" 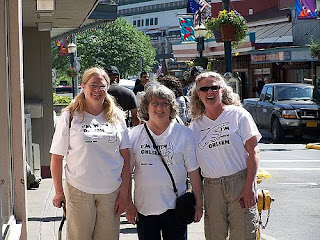 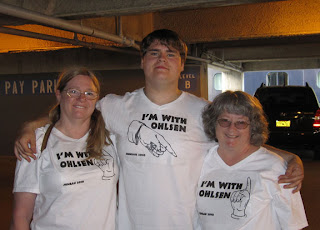 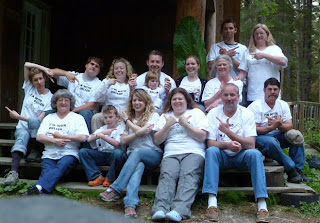 Zac and Bella are Ohlsen! 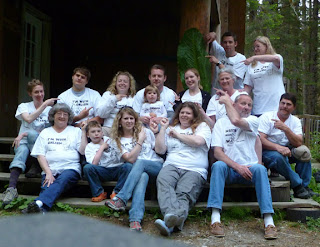