It rains here too! 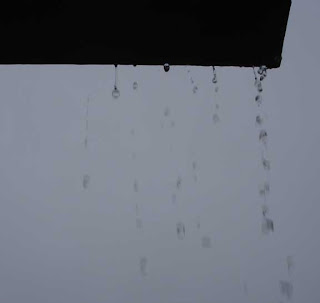 It rained last night on our way into town to go to a Film Festival. It was raining when we left the festival and I think it rained all night. Its raining again right now as we'll dressing up to go out for a walk. That's alright. The clouds are pretty high and they aren't too dark so I bet that the rain will stop. We just might have to get better raingear.

The film festival was pretty entertaining. This was their 10th showing and we watched about 20 short films. I think the longest in length was 10 mintues and the shortest was about 2. There was a variety of animation, documentary-style, music, political, and acting. Some were better than others and there was a range of quality in lighting, filming, focusing, and editing. They have put together some of their best shorts from previous shows and put them to DVD. Tim said that he would edit something if I wanted to put something together for it. So I have until sometime in June to come up with a winner.
Posted by Heidi Olson at 9:47 AM